The State of New Jersey is charged with protecting our public access rights to our tidally flowed waterfront areas through the Public Trust Doctrine (PTD).  Our beaches, bays, rivers are all held in “trust” by the state for all to use and enjoy.  Unfortunately, conflicting interests and varying interpretations of the Public Trust Doctrine continue to interfere with our public access rights.

Although access to our beaches and tidal waters is an inherent right guaranteed by the PTD, our rights are constantly challenged by private interests.  For years, industry and business interests located primarily along our urban waterways have blocked access to our rivers and bays.  In addition, increased development along our coast and the desire for privacy by private property owners and associations is often in direct conflict with our rights to access and enjoy our beaches and other waterfront areas.

After the Whitman Administration abolished the Office of the Public Advocate, protection of our PTD access rights fell primarily on the Office of the Attorney General to litigate PTD issues on behalf of the New Jersey Department of Environmental Protection (NJDEP).  The NJDEP began to rely heavily on its regulatory powers using rules and regulations.

To better resolve a growing number of access issues and to better clarify the meaning of public access, the NJDEP attempted to construct and implement a series of “Rules” to address access concerns.

Below we will attempt to provide a 10 year timeline of New Jersey’s efforts to resolve public access to our waterfront issues.  We have provided some links to more in depth information to some aspects of this timeline.  Please refer to the links for further clarification.

2005-Raleigh Ave. Beach Association vs. Atlantis Beach Club- helped to establish Public Trust Doctrine Application to a private beach club. Citizens’ Right to Access Beaches served as advisors to the Raleigh Ave. Beach Association prior to this case and was granted Amicus status and presented arguments on behalf of the public before the Appellate and NJ Supreme Courts. http://law.justia.com/cases/new-jersey/supreme-court/2005/a-40-04-opn.html

2006- The State of New Jersey filed a lawsuit against the Borough of Sea Bright and several Private Beach Clubs.  The case was eventually settled in 2010.  Citizens’ Right to Access Beaches and The American Littoral Society were granted Amicus status during this case and participated in several Mediation sessions. http://themonmouthjournal.com/sea-bright-beach-clubs-state-reach-agreement-p803-1.htm

In an attempt to resolve public access issues a pro-active NJDEP set out to define “meaningful public access”  Public Access Points were required at a minimum distance of ¼ mile along the coast, bathroom facilities every ½ mile and maximum parking within close proximity to waterfront areas.  Access was also required 24/7.  The Rule also addressed access to and remediation of urban waterways as well as access to our rivers and bays.

Almost immediately the rule was opposed by certain municipalities, The Marine Trades Association, and The New Jersey Business  and Industry Association.

Early 2008- Governor Corzine exempted marinas from the 24/7 access requirement and other concerns voiced by the Marine Trades Association.  The exemption was to remain in place until 2010.

November 2008- The Borough of Avalon challenged the authority of the New Jersey to require 24/7 access,  and the provisions for bathroom facilities and increased parking requirements. The Appellate Court decided in favor of Avalon. http://caselaw.findlaw.com/nj-superior-court-appellate-division/1166326.html

November 5, 2012- The Christie Administration using the Avalon Decision as a reason for nullifying the 2007 Rules and as part of his “Common Sense Approach” to Regulations charged the NJDEP with writing a new set of Public Access Rules. The new Rules were adopted on November 5, 2012

The new rules changed the ¼ mile access point requirement to ½ mile to be more in line with Federal Requirements, removed restroom and parking requirements.  The new rules also required  Municipal Public Access Plans which essentially allowed municipalities to decide where, how, and to what extent public access would be required in each town. Many of the urban waterway requirements were relaxed.

December 12, 2012 On December 19, 2012, NY/NJ Baykeeper and Hackensack Riverkeeper filed suit, asserting that the New Jersey Department of Environmental Protection (NJ DEP) does not have the legal authority to allow municipalities to restrict public access to tidal waters

December 22, 2015- The New Jersey Supreme Court refused to hear the NJDEPs petition against the Appellate Court’s Decision in favor of the NYNJ Baykeeper and Hackensack Riverkeeper against the NJDEP http://nynjbaykeeper.org/resources-programs/advocacy/public-access-rule/

NOTE:  It took 3 years for this lawsuit to be litigated. 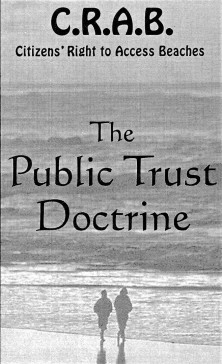 Get Social With Us

Recommend this page on: 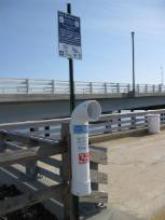 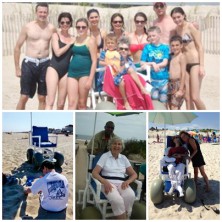 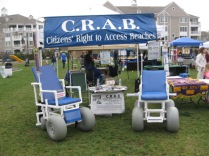